The boys were eager to get the season under way after the long summer break. The Dragons dominated possession and created at least 20 chances, hitting the post 4 times and forcing the goalkeeper into countless saves. Bizarrely the Dragons had to twice come from behind with the game finishing 2-2. Caldicott created 2 chances all game and took advantage, much to the disappointment of the travelling supporters. Man of the match Sebastian was everywhere creating chance after chance with his dazzling skills and fantastic crossing.

The All Blacks had no problem in finding the net as they won 8-0 with 4 goals coming from Year 2 sensation Dylan. Ludo, Raphael, Aston and Adam all grabbed a goal apiece.

The Springboks thrashed the home team 7-0 with a hat trick from Nicolo, Arlo with two and Raffi also finding the net.

Wetherby took 2 teams to the tournament having won the plate for the past 2 years. The All Blacks played brilliantly winning two of their group matches against Hawksdown 2 and Eaton House Belgravia 2. They were so unfortunate to miss out on the plate qualification by a single point due to a few dodgy decisions in their final group match. The Dragons were a team possessed as they rolled over every team in their group. They beat Hawksdown 1 in their first game 3-0 with Tyler scoring a hat trick. Chandlings 2 were next up as Tyler again scored 2 and Captain fantastic Sebastian scoring to win 3-0. They then played Cheam 1 beating them 3-0 with Tyler scoring 2 and Arthur grabbing the other. Knightsbridge 2 were up next and Ale scored two crackers and Tyler adding another 2 to his tally. The final group match saw them play a team called Phil & Jim and Tyler wasted no time in scoring his second hat trick of the tournament as they won 5-0 and topping the group to go through to the  cup semi-final. The played old rivals Eaton House Belgravia who were no match for Tyler’s finishing skills as he scored two early on to win 2-0 which meant the boys had made it to the final against Eaton House The Manor. The boys played brilliantly, with Tyler coming agonisingly close on three occasions as they created chance after chance and dominated the match. As Luck would have it, it finished 0-0 and the Dragons lost 3-1 on penalties.

The whole school should be extremely proud of these boys who did not concede a single goal throughout the tournament and scored a seriously impressive 21 goals. The best team left empty handed but with smiles on their faces knowing they had all been outstanding!!!

After the phenomenal performance from the Dragons at the Summer Fields tournament, the Dragons were full of confidence, especially as it was Eaton House Belgravia who they knocked out in the semi’s the day before. Dylan took advantage of some sloppy defending from a corner to go one nil up then Sebastian made it 2-0. The away team, however, did manage to pull one back before the break to go into half time 2-1. The Dragons responded with Raphael making it 3-1 before Eaton House took advantage of some poor marking at the back to make it 3-2. The victory was sealed as Tyler danced past two defenders and found the bottom corner to make it 4-2.

The All Blacks ran riot as they won 10-0 with their goals coming from Ale (4), Aston (3), Year 2 superstar Leo (2) and Arlo N-R with one. The Springboks were as impressive as they won 6-0 with Nicolo scoring another hat trick. Theodore, Ari and Oliver also grabbed a goal each.

Lewis scored the only goal of the game as the Wallabies secured a 1-0 win. The Pumas won 3-0 as man of the match Rohaan scored 2 and Oscar with one. Les Bleus recorded the result of the day as they won 11-0 with

A fantastic week of football! Well done to all! 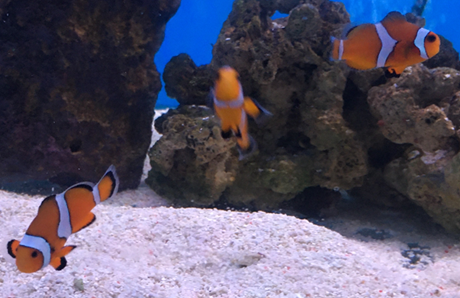