Wetherby went into this match having missed out on the trophy through goal difference for the past 5 years! Wetherby played Eaton House Belgravia first, creating a number of chances early on with good work through midfielders Seb, Raphael and Year 2 boy wonder Leo. Tyler worked tirelessly and his efforts paid off with a cool finish to make it 1-0. Captain Johnny and Cooper were strong at the back with star goal keeper Arthur a virtual spectator throughout! The goal of the game saw Leo pick the ball up outside the box, he turned on a six pence and deftly chipped the ball over the helpless keeper! What a goal! Tyler rounded things off with some dazzling footwork and a neat finish. The game finished 3-0.

As The Manor had only beaten Belgravia 1-0 in a very tight contest all Wetherby had to do was draw the match but that certainly wasn’t the game plan as the boys piled on the pressure creating chance after chance. The Manor goal keeper was the man of the match as Tyler was denied 3 times as well as Raphael and Seb both going close. Wetherby thought they had broken the deadlock as Leo found himself at the edge of the box and hit the ball low only for the keeper to get a hand to it but the ball was clearly over the line! Bizarrely the ref waved play on much to the frustration of the players, manager and travelling fans! Despite having most of possession and countless chances, the game finished 0-0. Nevertheless, the cup was ours!!!

Wetherby went into this match having only lost one from 16 previous matches this term. The Dragons, however, started off very sloppy and could not seem to get a grip of the game early on. A very scrappy first half saw the boys go into half time 1-0 up thanks to a Seb strike. After a very stern team talk at the break, The Dragons were a completely different team in the second half as they cleared their lines at the back, won the ball in midfield and created numerous chances. Seb was able to grab his second of the match and a wonder goal from Johnny from 20 yards out saw the game won. Tyler rounded things off with a good finish. Final score 4-0.

The All Blacks were always in control as they recorded the same score line with Aston grabbing two as well as Ludo and Redmond also finding the net. The Springboks were also on form as they recorded a 4-1 victory with all of the goals coming from man of the match and goal machine Nico!

Year 3 went into this fixture having not lost a match all season. The Dragons got off to a flying start as Tyler broke the deadlock early on with a smashing goal quickly followed by a second. Man of the Match Raphael, who covered every blade of grass, added a third before setting up Seb in the move of the match! Year 2 boy Dylan rounded things off with a neat finish. Final score 5-0.

The All Blacks took no prisoners as they won 10 as Ludo scored 4 and Man of the Match Aston grabbed a hat trick. Ludo, who has had a long spell off with injury, also found the net as did star defender Adam. The goal of the game came from Redmond with a 30 yard cracker!

The Springboks won 2-1 but the Wallabies found it hard going as they lost 5-0.

Year 2 were also going into this fixture having not lost all season but it was a frustrating day for some as the afternoon progressed. The Dragons, having been up 1-0 and 2-1, with both goals coming from Tancredi, were left to pay the price as they switched off at the back and conceded two very late goals to lose 3-2.

The All Blacks were outstanding throughout as they won 5-0 with their goals coming from Ludovico, Dino and Emilio. Max added a brace as their defence were rarely troubled. The Springboks were 3-1 winners as Harry scored twice and Buddy added a third. The Wallabies were second best as they lost 5-0, but the results of the afternoon came from the Pumas who won 16-0, with Henry finding the net an incredible 10 times!

Wetherby went into the much anticipated gala having not lost this event for the past 13 years! The pressure was on but the team looked in good shape, captained by super Tristan. From the first race Team Wetherby did not look back as Tristan and Rolof finished first and second in the individual front crawl. It was the same result in the individual back stroke as Seb and Oliver swam well clear of the other participants. Race 3 was the individual breaststroke as Tristan and Ethan finished 1st and 3rd respectively and in race 4 the front crawl relay team of Oliver, Ludo, Oliver and Johnny won by a length and a half! Race 5 was the breast stroke relay and Saverio, Ethan, Tristan and Raffe were outstanding winning by a clear length. Race 6 was the medley relay as Seb (backstroke), Saverio (breast stroke), Rolof (front crawl) and Johnny (front crawl) were streets ahead as they cruised home in first place. The Canon relay, the final race of the morning, saw Wetherby win by 3 lengths as they brought the cup home for a record 14th year in a row!

An incredible achievement. Team Wetherby showed the professionalism, team spirit and excellence that would make an Olympic team proud. 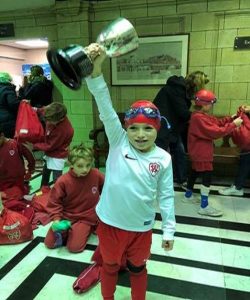 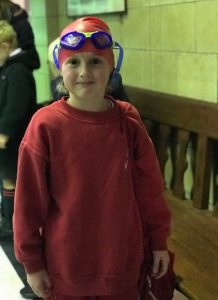